The West All-Stars scored 20 runs to finish off a three game sweep of the East.

The West All-Stars smashed the ball around Kost Field on Tuesday evening, smashing some records along the way. The 20-8 win set a new series record for most runs in a game by one team and evened the all-time series at 5-5.

Madison Zander (Century) started the scoring with a solo blast as the second batter of the game. It was the first of four total home runs in the contest. The West never looked back from there, scoring multiple runs in every inning of the 7-inning contest.

The East All-Stars entered the bottom of the third trailing 7-0 before they have a big smash of their own. Ashlyn Diemert (West Fargo) came up with the bases loaded and launched a long foul ball that surely would have been a grand slam if fair. Two pitches later, Diemert blasted one that just stayed fair down the left field line for a grand slam.

After a run scoring wild pitch and a sac fly, the East had pulled within a run at 7-6. Unfortunately, it was all West from there.

Sydney Gustavsson (Mandan) had herself a day. She belted two home runs, drove in six and made a sensational diving play up the middle at shortstop.

Zander, Gustavsson, Paige Hanson (Bismarck) and Taryn Schurhamer (Wilton-Wing) all had three hits and at least three runs batted in on the night.

In total, 12 different pitchers threw in the three-game series - by far the most ever.

Zander was named the MVP of the 2021 SCHEELS Softball All-Star Series as voted on by the coaches, board members and media. She is the first player ever to pitch up two wins in the circle in the same series, allowing just two hits in seven shutout innings. She also finished with four hits and three runs driven in over the three games. 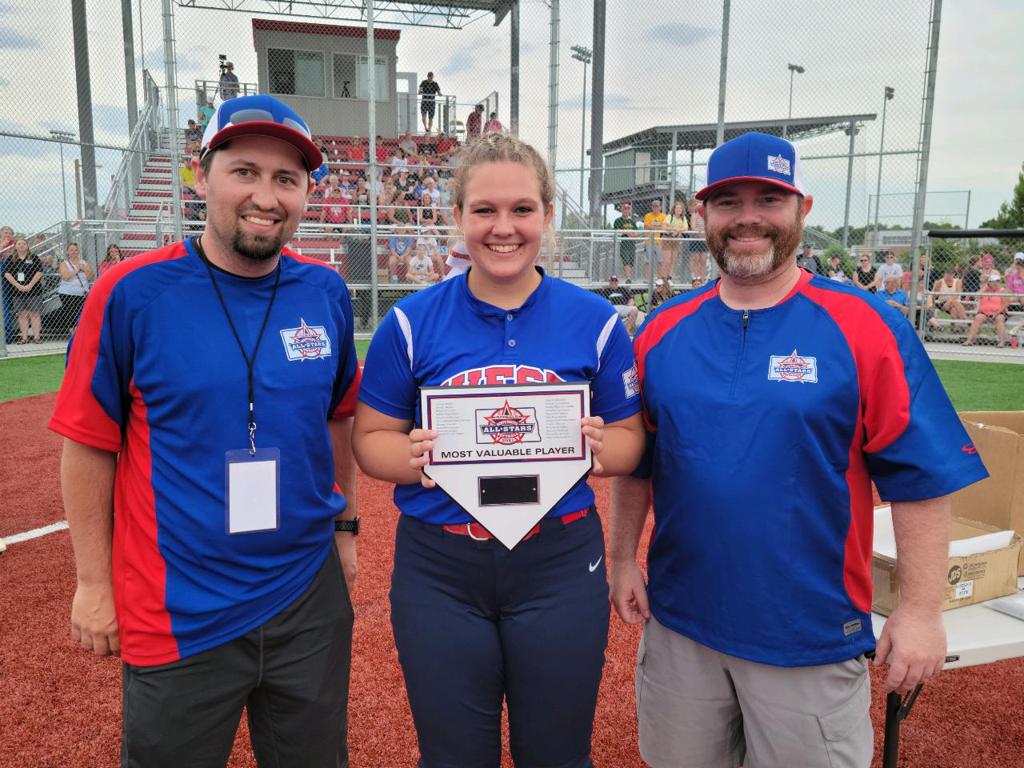